The next installment in our Jewish LIFE Israeli Film Series is “Women Unchained,” co soponsored by Sisterhood and a discussion after the film led by Marcy Rosenfeld. 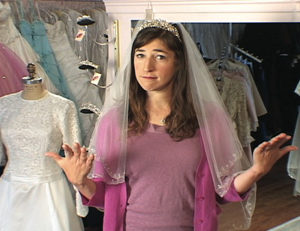 Even though Leslee’s husband was having an affair with the babysitter, it still took ten years before her husband would grant her a “get,” or Jewish divorce. In the meantime she raised their seven daughters alone.

When Ariel sought a “get,” her husband demanded payment of half-million dollars from her father.

These are just two of the stories chronicled in Women Unchained, an important new film documenting the experiences of modern-day agunot, or women whose husbands refuse to grant them a Jewish divorce. According to traditional Jewish law, a woman who is an aguna (from the Hebrew word meaning “chained”) cannot re-marry.