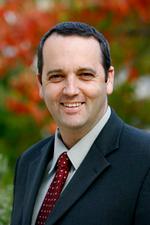 Join us for the first in a four-part series focusing on issues of interest and concern to both North American and Israeli Reform Jews, presented by prominent members of the Reform Movement in Israel.

For this first session, we’re thrilled to welcome MK Rabbi Gilad Kariv. Rabbi Kariv, a longtime friend of Temple Beth-El, is an Israeli Reform rabbi, attorney and politician. Formerly the Executive Director of the Israel Movement for Reform and Progressive Judaism (IMPJ), Rabbi Kariv is currently a member of the Knesset for the Labor Party.

Rabbi Kariv will join Temple Beth-El from Israel via Zoom on Sunday, December 12 at 1:00 p.m.

On Tuesday, December 14 at 7:00 p.m. Rabbi Gluck will lead a follow-up discussion on Zoom for our community.