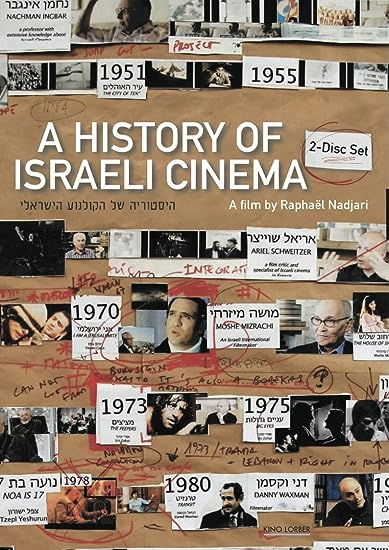 This two-part film revolves around the evolution of cinema in Israel. Part one, beginning from 1933-1978, focuses on the early Zionist movement and ends with a re-visitation of that period. Part two, picking up at 1978 and continuing to 2005, depicts the more recent personal and political cinema. It tells the story of religious, ethnic, and political conflict throughout the birth and development of the nation. Join Bob Krovetz and Simona Rivkin in the discussion of the film(s).

The two-disc set is available at the Hillsborough Library

Or rent it via streaming from: israelfilmcenterstream.org