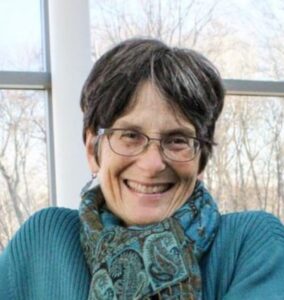 Rabbi Cohen Anisfeld is a gifted teacher and thought leader in American Jewish life. As the President of Hebrew College she is playing a leading role in shaping the future of American Jewish life by shaping a new generation of rabbis, cantors and educators. Friday services will be at TBE, Saturday morning will be at Temple Sholom in Bridgewater. After a kiddush lunch, Rabbi Anisfeld will continue teaching.

After the Binding of Isaac: Meditations on Love, Loss, and Life

On Listening to the Cries of the Mothers
Friday during Shabbat services, November 18 @ TBE
7:00 p.m.

Rabbi Anisfeld has a family connection to TBE: she is Dave Cohen’s sister.

Biography:
Rabbi Sharon Cohen Anisfeld became President of Hebrew College in July 2018, after being appointed President-Elect in fall 2017 and serving as Acting President from January-June 2018.

Rabbi Anisfeld graduated from the Reconstructionist Rabbinical College in 1990, and subsequently spent 15 years working in pluralistic settings as a Hillel rabbi at Tufts, Yale and Harvard universities. She has been a regular summer faculty member for the Bronfman Youth Fellowships in Israel since 1993 and is co-editor of two volumes of women’s writings on Passover, “The Women’s Seder Sourcebook: Rituals and Readings for Use at the Passover Seder” (Jewish Lights Publishing, 2002) and “The Women’s Passover Companion: Women’s Reflections on the Festival of Freedom” (Jewish Lights Publishing, 2002). From 2011 to 2013, she was named to Newsweek’s list of Top 50 Influential Rabbis in America. In 2015, Rabbi Anisfeld was named one of the 50 most influential Jews in the world by The Jerusalem Post.

She writes and teaches widely, weaving together Torah, rabbinic commentary, and contemporary poetry and literature in her wise and compassionate approach to the complexities of the human experience and the search for healing and hope in a beautiful but fractured world.