You are here: Home » Blog » Gratitude » A Great Ending to A Great Story

A Great Ending to A Great Story

This week’s parsha is Vayechi, which means “and he lived.” It is the final portion of the Book of Genesis and the end of the Joseph Cycle. This being a family Shabbat, and with your indulgence, I’d like to specifically include our young people in sharing my comments.

As we know from previous weeks’ portions, Jacob and all of his sons and their families are now settled in Egypt with Joseph. Joseph is second in command to Pharaoh, which makes him a very important person; you might say he was now the second most powerful man in the world.

As the portion opens we are told that Jacob is 147 years old. When Joseph receives word that his father is dying, he takes his two sons, Menashe and Ephraim, to see Jacob. Jacob sits up in bed and says to Joseph “I had not thought it possible that I would see your face, and now God has let me see even your children.” Jacob then tells Joseph to bring Menashe and Ephraim to him so he can bless them.

Jacob could not see well because of his age, so Joseph brings his sons close. This is may remind you of Isaac’s blindness when Rachel helped Jacob steal his older brother Esau’s blessing. Joseph has the boys kneel before Jacob, with Ephraim to Jacob’s left and Menashe to Jacob’s right. Jacob then stretches out his right hand and places it not on the head of Joseph’s older son Menashe, but on the head of Ephraim, the younger son. This seems wrong to Joseph and he tries to correct Jacob by reversing the position of his hands so the right was on Menashe’s head. But Jacob tells Joseph that he knows exactly what he is doing in giving his blessing because, while both will become great, Ephraim will be greater. Jacob then blesses them, as we bless our children on Shabbat.

Jacob then speaks to all of his sons, telling them one by one what he thinks of them and what will become of them, the good and the not so good. He blesses his sons and instructs that he is to be buried not in Egypt, but in the cave of Machpelah in Canaan. Jacob then dies, and Joseph asks Pharoah for permission to take Jacob’s body to Canaan for burial. Pharaoh agrees and Joseph, his brothers, and their families, accompanied by Pharaoh’s charioteers, travel to Canaan and bury Jacob there. They then return to Egypt.

This is the end of a great story, and with Jacob’s blessing of Ephraim and Menashe as he intended, it also seems to be the end of the bad feelings that have troubled Jacob’s family for many years. Unfortunately, that is not the case. Despite their reunion, we are told that Joseph’s brothers are still worried that Joseph may hold a grudge against them and punish them for selling him into slavery. So they think up a lie and say to Joseph that on his deathbed, Jacob told them to tell Joseph to forgive his brothers for treating him so cruelly. But Jacob said no such thing!! Apparently, the brothers are once again thinking only of themselves.

What does Joseph do when he hears this lie? Does he use his power and position to punish his brothers? No, he doesn’t. He does not get angry or remind them that he already told them they have nothing to fear. Instead, Joseph cries. Why would he do that? Maybe it was because he was still sad about his father dying. Or maybe because Joseph knew that his brothers were lying and was upset since he thought he had made up with his brothers, but they had not made up with him.

Rabbi Gluck tells us that true forgiveness must be offered and accepted with complete sincerity. It is hard to forgive someone who has done something wrong, so an apology must be genuine. And when the apology is accepted, there should be no questioning why the apology was offered.

So what do I think? I think Joseph wept not because the forgiveness and reconciliation with his brothers was incomplete, but because it became complete when Jacob died. The sin of throwing Joseph into the pit and selling him into slavery was that of his brothers, and so the apology had to come from his brothers. While Jacob was alive, Joseph had a reason to question the genuineness of that apology. Maybe his brothers were motivated to apologize only to please Jacob, who thought he’d never see Joseph again. With Jacob gone, there was no reason for Joseph to believe the apology was anything but real.

With Joseph and his brothers truly reconciled, we are able to move on to the Book of Exodus and the stories of future generations as we become the People Israel.

Chazak, chazak, venithazek! Be strong, be strong and may we be strengthened. 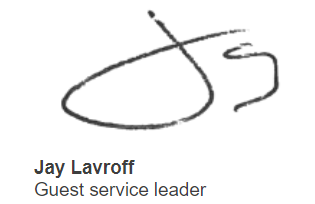