You are here: Home » Blog » Chesed » We’re Already There 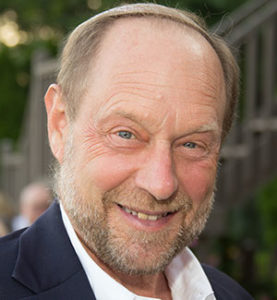 Judaism seems to have an aversion to arrival. There is no traditional Jewish festival that celebrates our homecoming. We have Pesach to remember the Exodus from Egypt. During Sukkot, we recall our wanderings. On Shavuot, we relive the moment we stood at Sinai and heard God’s commanding voice. Each of these festivals marks a stage on the journey — a journey that seems to have no end. We have rituals to mark the personal milestones of life, but we have no collective celebration of arrival. Why is this?

We find an answer in this week’s Torah portion, Ki Tavo. Moses knows that he is about to die, and he is anxious. As his people are about to return to the land of their ancestors, he is worried about the future. It is not the possibility of failure that concerns him; he has every confidence that they will succeed — and succeed brilliantly. They will plant and sow, build homes and families, and will prosper. What preoccupies Moses is his concern the people will feel that they have arrived, and therefore stop striving and aspiring. They will forget that they are a people with a mission so great and so grand — to be God’s partners in redeeming and repairing the world — that it can never be fully realized.

The message of our tradition is that if you have fulfilled your dream, you probably didn’t dream big
enough. A life that sees its purpose fulfilled is a life in need of a higher purpose. But that does not mean that it is a life without fulfillment. Because, you see, the meaning of life as we Jews see it is in the effort itself. Each little act, each mitzvah we do, is of the greatest consequence. Each one matters and makes a difference. That’s what our rabbis meant when they taught S’char mitzvah, mitzvah, “The reward of a mitzvah is a mitzvah.” (Pirkei Avot 4:2) Some understand this incorrectly to mean that the reward for doing a mitzvah is the opportunity to do another mitzvah. No! The mitzvah itself is its own reward. The goal of life is life itself when it is well lived. This is the message of one of my favorite stories:

Once upon a time there was a blacksmith who worked hard at his trade. When the day came for him to die, the angel of death was sent to him, and, much to the angel’s surprise, the blacksmith refused to go. He pleaded with the angel to make his case before God, that he was the only blacksmith in the area, and it was time for all his neighbors to begin their planting and sowing. He was needed. So the angel pleaded his case before God…. And he was left.

A year or two later the angel came back…. Again, the man had reservations and said: “A neighbor of mine is seriously ill, and it is time for the harvest. A number of us are trying to save his crops so that his family won’t become destitute. Please come back later.” And off went the angel again.

Well, it got to be a pattern. Every time the angel came, the blacksmith had one excuse or another, [telling] the angel where he was needed…. Finally, the blacksmith grew very old, weary, and tired. He decided it was time, and so he prayed: “God, if you’d like to send your angel again, I’d be glad to come home now.” Immediately the angel appeared…. The blacksmith said: “If you still want to take me home, I’m ready to live forever in…[gan eden, in paradise].” The angel laughed and, looking at the blacksmith in delight and surprise, said: “Where do you think you’ve been all these years?”
(Megan McKenna, Parables: The Arrows of God)

The Talmud tells us that if you are planting a tree and you hear that the messiah has come, you should finish planting and only then go to greet the messiah. Why? Because the planting itself is a fulfillment of life’s purpose. The goal of life is not to get to heaven. It is to live each day in such a way that we realize we are already there.