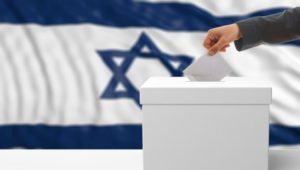 When you enter the Temple Beth-El lobby, you will see a large poster that asks, “Why Vote?” You may wonder which election is approaching. The New Jersey primaries do not occur until June. The presidential election is in November.

The WZC, also known as the Parliament of the Jewish People, comprises 500 delegates and meets in Jerusalem every five years. It enables delegates to exert ideological influence on both Israeli society and the global Jewish agenda, as well as allocate financial and other resources to various organizations – including the Reform Movement – in Israel.

The 38th World Zionist Congress is scheduled to meet in Jerusalem in 2020; the elections to determine the size of the various delegations that will attend are scheduled to be held from January 21 to March 11, 2020 (MLK Day to Purim). Currently, the United States has 145 delegates in the WZC, the largest single delegation outside Israel. Thanks to a robust turnout in the 2015 elections, 56 of the 145 delegates (39 percent) represent the Reform Movement and, as a result, have been able to ensure that more than $4 million a year ($20 million over five years) is being directed to the Israeli Reform Movement. By comparison, the Israeli government annually provides nearly 4 billion NIS ($1.1 billion) to Orthodox and Haredi institutions in Israel. But, when you examine the turnout numbers closely, it is clear that voter participation from the Reform Movement should be much higher.

A strong election turnout among North America’s Reform Jews and our supporters and allies is the only way to ensure that financial resources will be available to protect our Israeli movement – including Reform congregations and institutions. It also will allow the Reform Movement to fill leadership positions in some of Israel’s national institutions, including the WZO, the Jewish Agency for Israel (JAFI), and Keren Kayemeth LeIsrael – Jewish National Fund (KKL-JNF).

A leadership role in KKL-JNF will enable Reform Jews to ensure that decisions about government and public spending over the Green Line, including land purchases, reflect the Reform Movement’s values and positions. Only in this way can we continue to build a democratic society in Israel that truly reflects the Jewish values we hold dear: pluralism, equality, economic justice, and peace.

What’s more, because JAFI and the WZO support programs of the World Union for Progressive Judaism (WUPJ), high voter turnout will prove beneficial for WUPJ congregations and for Netzer Olami and Tamar, which offer programming for Progressive Jewish youth and young adults in communities around the world.

Voting will commence on January 21, 2020 and extend until March 11, 2020. This is our opportunity to have our voices heard in Israel! Each and every vote from our congregation is crucial to maintaining a strong Reform presence in the World Zionist Congress. We urge you to VOTE REFORM/ARZA. This is our chance to combat the discrimination the Reform Movement faces in Israel. Together we can grow our Reform Movement and its work, to continue making progress on the issues we care about: religious freedom, equality, and many more.

Your vote in this election is the only democratic opportunity you have to influence Israeli society. Here are a few ways you can help:

Voters in the WZC elections must:

You will be able to vote online. As soon as the link is activated, we will notify the congregation. Please look out for further alerts and messages regarding this very important election. Our national political landscape is one that has so many of us captivated in the relentless new cycle, but as American Reform Jews, Israel must always be a priority.

This article was originally published in the January-February 2020 issue of the Shofar. An archive of Shofar issues can be found here.