You are here: Home » Blog » Mission » Inspired to Serve

Temple Beth-El is privileged to have four newly elected officials in its congregation, serving in positions from local school boards to the New Jersey Assembly. Our fellow congregants and public servants are interested in pursuing a broad range of goals while in office, with an eye toward improving the lives of people in their communities.

Learn more about your fellow congregants and their positions below. 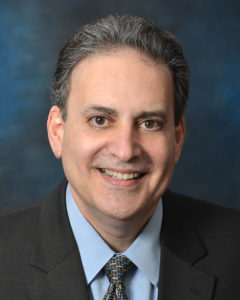 Experience: None as an elected official. Previously appointed to Hillsborough Township Sustainability Committee.

What Inspired His Candidacy: Roy said he was disappointed with the leadership in state and national politics, and reached out to Assemblyman Andrew Zwicker to ask how he became involved in politics. That contact led to a regular conversation between the two that ultimately inspired Roy to help lessen the political divisiveness between people and work at finding solutions to bring communities together. Roy felt that his professional background in strategy at the corporate level could be beneficial in office.

“While we have to work on the economic issues, there are real humanistic issues that have to be addressed, and they go beyond what the state touches,” he said. 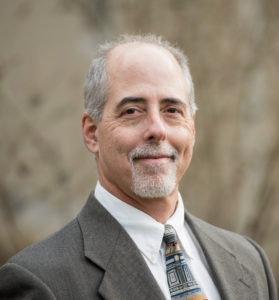 Office: Princeton Town Council. Elected in November 2017, sworn into office on January 2, 2018. Dave is a Democrat.

Experience: Dave has been involved with local government for 15 years, serving on the executive board as treasurer and president of the Princeton Democratic Club, which has 600 members and is the largest of its kind in New Jersey. Dave also served 10 years on the Bicycle Advisory Committee and the planning board for four years.

What Inspired His Candidacy: Dave had considered running for Town Council for several years, and was finally inspired to do so after attending the 2017 Women’s March on Washington, which he says was “a truly incredible, lifechanging experience, where one of the central messages of the speakers was: ‘If you are concerned about the direction our country is headed, don’t just tell the politicians what you want them to do – run for office yourself!’”

Goals While In Office: Dave says he has many priorities, all of which relate to encouraging the concept of smart growth, which means that density creates many positives for the local environment: healthier and happier communities and smaller carbon footprints.

Smart growth is considered a powerful preserver of affordability, and hence diversity, for a town like Princeton — creating options for smaller, less costly apartment living, and eliminating the need for families to have a car for every family member. Smart growth results in a more livable, aesthetically appealing physical environment. Smart growth also can be beneficial for the local economy, attracting young people, creating jobs, generating a higher density of consumers to support local businesses, and drawing visitors from around the region who want to spend leisure time in a vibrant, attractive place with lots of things to do.

What Inspired Her Candidacy: Over a two-year period, Jill attended school board meetings as a private citizen and often spoke during the public comment portion of meetings, while learning how board decisions are made. She said she decided to run because she was unhappy at the time with some administrative decision-making being presented to the board for approval. Those decisions included implementation of a controversial elementary math program, as well as a Language Arts curriculum that Jill believed was weak in providing fundamental skills, but had not had enough evaluation and input from stakeholders. Jill felt that the knowledge she gained attending meetings prepared her to serve on the school board and represent constituents.

Goals While In Office: Jill’s goals are multifaceted, and governed by state requirements that limit board actions to policy-making, planning, and appraisal to ensure a well-run district. Specifically, Jill supports the five-year strategic plan initiated last year and spearheaded by the district superintendent. Jill said the plan incorporates genuine, hands-on involvement of a wide range of school and community members. The plan also aims to study and make improvements in the areas of communication, safety, health and wellness, technology and sustainability.

In addition to supporting the strategic plan, Jill said she wants to continue to be a well-informed board member who understands the perspective of each of the stakeholders, including administrators, staff, parents, students and taxpayers.

Editor’s note: Noah Horowitz was elected in November 2017 and is serving his first term on the Branchburg Board of Education. A profile of Noah was unavailable for this article.