You are here: Home » Music from the Holy Land and Diaspora » Our Performers

Joining Cantor Wallach for the “Music from the Holy Land and Diaspora concert on December 4, 2022 will be Cantor Jennifer Benrey, Rabbi Cecelia Beyer, Cantor Jeff Warschauer and Deborah Strauss. Accompanying the artists will be Cantor Wallach’s father, Dr. Laurence Wallach on the piano, and Kathy Shanklin, also on the piano. For more about the concert, tickets, and sponsorships, visit this page. 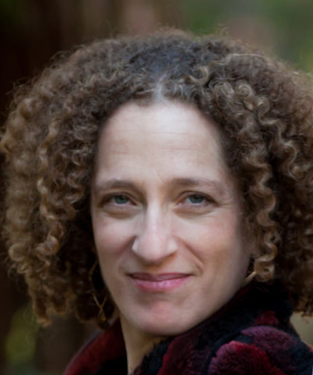 Cantor Risa Wallach is in her third year on the bimah at Temple Beth-El. She was ordained with a Masters in Jewish Education from Hebrew College in Newton, Massachusetts, and received the Cantor Rick Boyar Award for excellence in Hazzanut. She has served congregations in California and New Jersey as cantor, religious educator and music teacher. Cantor Wallach has performed with Koleinu Jewish Community Choir of Boston and Kol Arev, an ensemble of the School of Jewish Music at Hebrew College. She recently released a recording, “For the People”, a collection of Yiddish and liturgical music and New England folk songs. In addition to her musical accomplishments, Cantor Wallach holds a Masters of Social Work from Smith College and served as a medical social worker at Sutter Visiting Nurses and Hospice.

Cantor Jennifer Benrey currently serves the pulpit of Temple Har Shalom, Warren, New Jersey. She was ordained in 2022 by the Hebrew Union College-Jewish Institute of Religion where she earned her Masters degree in Sacred Music. In addition, she obtained a degree in Choral Music at Florida State University. She has taught music in public schools as well as serving as an educator in synagogue and Jewish camp and as director of both youth and adult synagogue choirs. Cantor Benrey has served cantorial internships at Central Synagogue in Manhattan and at Temple Beth-El, Jersey City. In addition to her Reform Jewish upbringing, her Judaism is influenced by the culture and customs of both the Ashkenazic and Sephardic roots of her family. 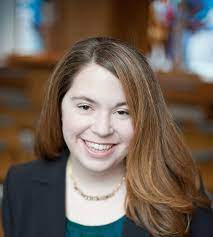 Rabbi Cecelia “CeCe” Beyer serves as rabbi at Temple Sholom in Bridgewater. Before coming to Bridgewater, Rabbi Beyer served as assistant rabbi of Temple Beth Sholom in Roslyn Heights, NY, associate rabbi, education director and director of liturgical arts at Temple Beth Ahm Yisrael in Springfield, NJ, and as interim Cantor at Beth El Congregation in East Windsor, NJ. She is also the rabbi for Camp Zeke, a Jewish fitness and culinary arts camp in Pennsylvania. Rabbi CeCe was ordained from the Jewish Theological Seminary in New York, where she pursued a concentration in sacred music as part of her studies. She is a graduate of the University of Pennsylvania and The George Washington University School of Law. Rabbi Beyer has spent significant time living and working in Israel and is a lifetime member of Hadassah. Rabbi CeCe is an accomplished singer, actor and dancer and a classically trained soprano. She is also a musical theater buff and a competitive Irish step dancer.

Cantor Jeff Warschauer serves at Temple Beth-El, Jersey City. He is also on the faculty of Columbia University and is a Founding Artistic Director and Senior Artistic Advisor of KlezKanada. A graduate of the New England Conservatory and the H.L. Miller Cantorial School of the Jewish Theological Seminary, Cantor Warschauer has served congregations in New York, New Jersey, Ohio, Pennsylvania, Maine and Vermont. A highly accomplished musician, Cantor Warschauer is particularly renowned in the Yiddish and Klezmer musical scene. Partnered with Deborah Strauss, he was a long-time member of the Klezmer Conservatory Band and he has played concerts and recorded with Itzhak Perlman, Joel Grey and Theodore Bikel. He has received numerous awards in music, community activities, Judaica and musicology.

Deborah Strauss, accomplished in violin, accordion, vocals and dance, has been a longtime musical partner with Cantor Warschauer. She is considered one of the leading klezmer fiddlers of her generation. Deborah is an award-winning children’s educator and is highly regarded in the world of Jewish dance. She serves as co-director of both the instrumental music program and the dance program at Yiddish New York and is co-author of Klezmer Duets for Violin and Accordion. She has performed with both the Klezmer Conservatory Band and the Klezmatics. The music of Deborah Strauss and Jeff Warschauer is grounded in tradition and yet is still considered thoroughly contemporary. 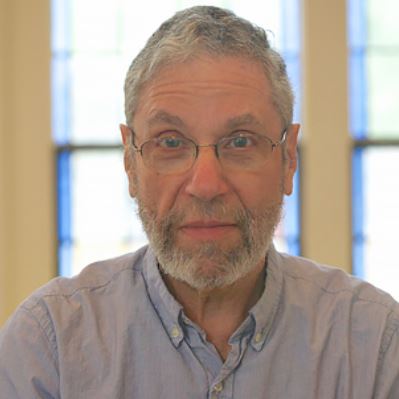 Laurence “Larry” Wallach holds the Livingston Hall Chair in Music at Bard College, New York. He received his Master’s and Doctorate degrees in Musicology from Columbia University and has interests in research, teaching and composing. His musical interests run from the Baroque to the contemporary and he is a well-respected concert pianist. His research focuses on Charles Ives, Johannes Brahms and the history and literature of the piano. As a composer, he fulfilled commissions for major works from various chamber groups, orchestras and choir ensembles. His “Prelude and Fugue” for violas da gamba was published in 2015. Larry Wallach performs regularly as pianist and harpsichordist at Simon’s Rock and elsewhere. He has been teaching at Simon’s Rock for five decades.

Kathy Shanklin, a beloved member of the Temple Beth-El community has served as our piano and organ accompanist and our assistant choir director for more than three decades. She also is the director of music at St. Martin’s Episcopal Church in Bridgewater, where she is responsible for the adult choir and all the music used in their worship service. In addition, Kathy is a member of the faculty at Westminster Conservatory in Princeton. Formerly, she has served as accompanist for the Opera Festival of New Jersey, music director of the Princeton Ballet School and a member of the piano faculty at The Lawrenceville School. She has degrees in music from Western Illinois University and Indiana University at Fort Wayne and has completed courses for a Master’s Degree at Westminster Choir College. Kathy is an avid traveler, especially to the African countries of Rwanda and Ghana.

Visit these pages for more information about the concert and about sponsorship opportunities. Or go directly to purchase your tickets on this online form.